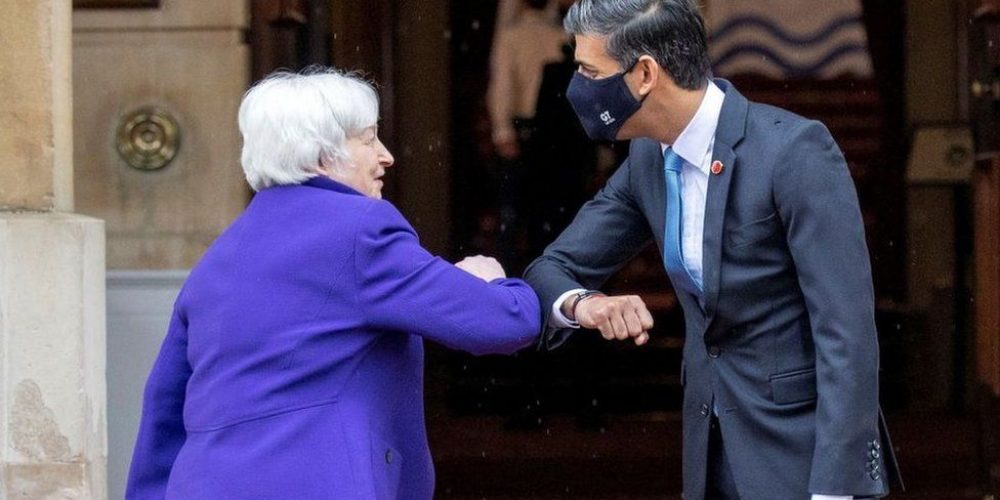 The Organization for Economic Cooperation and Development (OECD) announced on October 8, 2021, that—effective in 2023—all its 38 member countries, and the G20 group of the world’s most advanced economies, have agreed to set a global corporate minimum tax rate of 15%. Together, all the 136 nations account for more than 90% of global GDP.

UK Chancellor Rishi Sunak said the deal would “upgrade the global tax system for the modern age”, in addition to bringing in an extra $150bn of tax a year, bolstering economies as they recover from Covid.

“We now have a clear path to a fairer tax system, where large global players, such as digital giants like Amazon and Facebook, pay their fair share wherever they do business,” he said. Indeed, the key takeaways of the reform are: that corporations are to pay tax wherever they operate, not just in the headquarters country, and that the move will affect firms with global sales above 20 billion euros and profit margins above 10%; a quarter of any profits they make above the 10% threshold will be reallocated to the countries where they were earned and taxed there.

A key factor in concluding the deal was the compliance of countries such as Ireland, Hungary and Estonia – all of which have corporate tax rates below 15%. In particular, gaining the support of Ireland was crucial for the credibility of the agreement, as the country’s current rate of 12.5% helped it attract large amounts of foreign investment and become a base for big US firms such as Apple.

“[This] is a far-reaching agreement which ensures our international tax system is fit for purpose in a digitalised and globalised world economy,” said OECD Secretary-General Mathias Cormann, “where the new digital era giants have become adept at simply moving profits around, from the regions where they do business to those where they will pay the lowest taxes”.

The new system is meant to minimise opportunities for profit shifting, and ensure that the largest businesses pay at least some of their taxes where they do business, rather than where they choose to have their headquarters. Nevertheless, the move is said not to seek to “eliminate” tax competition between countries, only to limit it.

Us tech giant Facebook welcomed the deal, saying it has long called for reform of global tax rules. “We recognise this could mean paying more tax, and in different places,” said Nick Clegg, its vice president for global affairs. “The tax system needs to command public confidence, while giving certainty and stability to businesses. We are pleased to see an emerging international consensus.”

Some argue that the 15% rate is still too low and would “let big offenders… off the hook” (the corporate tax rate in industrialised countries averages at 23.5%, well above the agreed 15% floor), but the deal certainly represents a step forward in the fight against poverty and inequality, as well as a much needed financial help to recover part of the massive surge in federal spending since the outbreak of the COVID-19 pandemic.