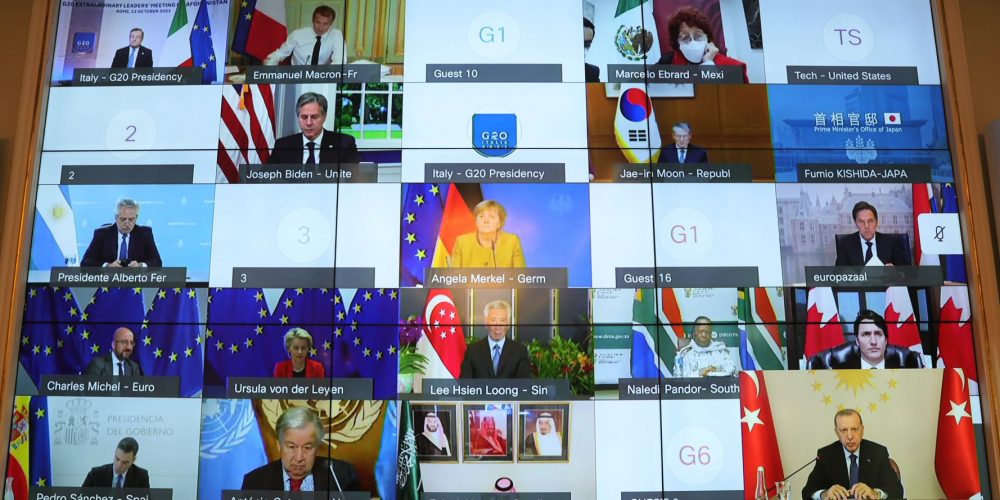 Afghanistan’s gross domestic product could experience a decrease of up to 30% following the Taliban takeover, the IMF said in its 19th October regional economic report.

Jihad Azour, director of the IMF’s Middle East and Central Asia department, said the country’s situation was deteriorating, even before Kabul fell.

“They were facing more than one shock — drought, Covid,” he told CNBC’s Hadley Gamble. “Therefore, what we foresee and fear is a sharp contraction.”

The report also noted that non-humanitarian aid has been halted, foreign assets mostly frozen and Afghan banks have been crippled by cash shortages after the Taliban returned to power.

“These shocks could cause a 20–30 percent output contraction, with falling imports, a depreciating Afghani, and accelerating inflation,” the report said. “The resulting drop in living standards threatens to push millions into poverty and could lead to a humanitarian crisis.”

Additionally, “the turmoil is fueling a surge in Afghan refugees” that could burden public resources in refugee-hosting countries, pressure the labor market and create social tensions, the IMF said, highlighting the need for assistance from the international community.

The G-20, at the emergency summit organized by Italian Prime Minister Mario Draghi on the 12th of October, pledged to help tackle the crisis in Afghanistan.

The Group of 20 major economies is determined to tackle the humanitarian crisis in Afghanistan, even if it means having to coordinate efforts with the Taliban. Since the Taliban took over Afghanistan on Aug. 15, the country – already struggling with drought and severe poverty following decades of war – has seen its economy all but collapse, raising the spectre of an exodus of refugees.

There was unanimous agreement among the participants about the need to alleviate the crisis in Afghanistan, where banks are running out of money, civil servants have not been paid and food prices have soared, leaving millions at risk of severe hunger.

Much of the aid effort will be channelled through the United Nations, but there will also be direct country-to-country assistance, despite a refusal by most states to officially recognise the hardline Taliban government.

“It is very hard to see how you can help people in Afghanistan without involving the Taliban… but that does not mean recognising them,” Draghi said.

He said the Taliban would be judged by their deeds, not their words, and the world was especially concerned about the plight of women in the impoverished nation.

The International Monetary Fund also incrementally raised its outlook for the Middle East and North Africa region. But the recoveries remain “divergent” and will be shaped by several factors including Covid-19 vaccination rates and high oil prices, the IMF predicts.

“Not all countries are growing at the same speed, and issues are still looming on the horizon,” said Azour.