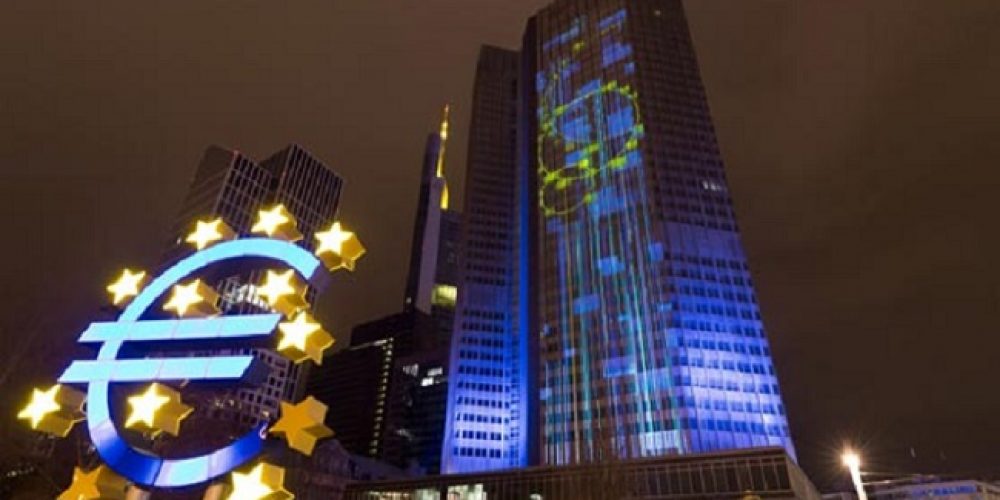 The European Central Bank (ECB) has confirmed it will end a huge programme to stimulate the eurozone economy in December.

The ECB will stop its bond-buying scheme, worth €30bn a month, despite a recent slowdown in the bloc’s recovery. The move is a major step towards dismantling the policies brought in to stabilise the eurozone in the wake of the financial crisis. However, the ECB said it was keeping interest rates on hold for now. In a statement, the bank said it would halve the size of monthly asset purchases to €15bn after September, as long as data remains favourable, and phase them out entirely after the end of the year. President Mario Draghi acknowledged the bloc’s recovery had stuttered recently but said underlying growth remained strong. He added that longer-term inflation expectations were “well anchored” towards the bank’s target of just below 2%.

The ECB began its asset purchase programme in 2015, years after the UK and US took similar action to shore up their economies. It has so far pumped more than two trillion euros into the bloc’s economy, while keeping interest rates at or near zero.

The ECB, like many other central banks, has sought to support an economic recovery with some unconventional policies. It has decided to end one of them. It’s an important moment. It reflects the fact that the Eurozone recovery appears well established – though it has cooled somewhat this year. The most recent inflation figure is now essentially at the ECB’s target of below but close to 2%. That however reflects volatile energy and food prices, and the underlying rate is still on the low side. (The UK is unusual among major developed economies in having inflation that is above target.) It’s worth reflecting though that the Eurozone economy is still getting the support of ultra-low interest rates from the ECB – zero for the main rate and actually below that for one of the others. So yes things are looking a lot better, but the Eurozone is not back to full health just yet.

The bank argues this has countered deflation and staved off a deeper economic crisis, but it has long signalled it would gradually wind the programme down. The decision will surprise some analysts, however, as growth across the bloc slowed in the first quarter of 2018, from 0.7% to 0.4%. Markets are also nervous about political upheaval in Italy and rising oil prices.

“Recent hard data suggest that Q1’s slowdown was less temporary than the bank had seemed to assume,” said Jennifer McKeown, chief European economist at Capital Economics. Mr Draghi acknowledged the bloc still faced problems and said global pressures – including the threat of increased protectionism – “have become more prominent”. But while the eurozone’s growth outlook was revised downwards for 2018, he stressed it remained unchanged for 2019 and 2020. “The risks surrounding the euro area growth outlook remain broadly balanced,” he said.

The ECB has held back on raising rates, unlike the US and the UK, as inflation in the bloc has remained below its target of almost 2%. However, initial estimates suggest that in May the rate jumped to 1.9% from 1.2% in April. Nonetheless, the bank said it expected its key interest rate to remain at zero until “at least through the summer of 2019” and “as long as necessary” to ensure inflation remains in line with expectations.

The euro plunged 1% against the dollar following the news to $1.1676. Gavin Friend, markets strategy director at National Australia Bank, said the ECB had spooked markets by “extending the period before it will be ready to hike rates”. “It points to no move until September 2019, as opposed to the market pricing in a rise in June.

Patrick O’Donnell, senior investment manager at Aberdeen Standard Investments, said the announcements marked the “end of an era”. “It tees up the end of easy money and sets the stage for rates to rise next year. So it’s another step on the way to removing the extraordinary global monetary stimulus over the last decade. “We are in an altogether different world to only a couple of years ago with the US Federal Reserve raising rates again yesterday and the kind of signal we’ve seen today. “The question is whether the bullish outlook can last.”