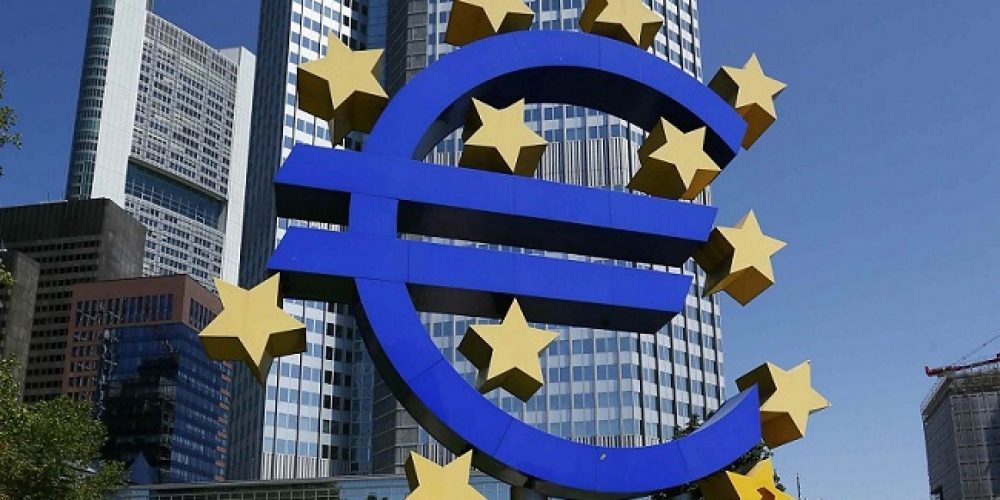 Central bankers gathered in Berlin Wednesday confirmed the European Central Bank (ECB) is set to finally discuss the end of its massive bond-buying program – something that its President Mario Draghi has so far refused to do.

Speaking at a conference, the ECB’s Chief Economist Peter Praet said the bank will discuss next week how to wind down its 30 billion euros ($35 billion) monthly – purchase program – implemented in 2015 to revive the euro zone economy following the sovereign debt crisis.

The discussion will be based on recent inflation data, which is the key element that supports ECB decisions. Signals showing the convergence of inflation towards our aim have been improving, and both the underlying strength in the euro area economy and the fact that such strength is increasingly affecting wage formation supports our confidence that inflation will reach a level of below, but close to, 2 percent over the medium term,” Praet said Wednesday. Figures released last week showed that consumer prices rose sharply in the euro area. Annual inflation hit 1.9 percent in May from 1.2 percent in April. Excluding energy prices, which have risen strongly in the past weeks, inflation stood at 1.1 percent in May, from 0.7 percent in April. The ECB, and in particular its president, need strong evidence that inflation is nearing its 2 percent target in order to exit is huge stimulus program.

Quantitative easing (QE) – its government bond-buying program that seeks to boost inflation and boost lending – is currently due to end in September, but most ECB watchers project a final extension until the end of the year. This is because there has been some weak data despite an overall increase in consumer prices and growth rates since the debt crisis. These included lower retail sales and industrial production numbers a few months ago. Following the bank’s last meeting in April, Draghi said that “underlying strength” in the euro zone’s economy continued to underpin the bank’s confidence. However, he also said that an “ample degree of monetary stimulus” remained necessary over the coming months. One of the bank’s most hawkish members, Germany’s Jens Weidmann, reiterated Wednesday that he expects the stimulus package to finish before the end of the year.

Rate hike in June next year?

Analysts do not expect any big announcement next week, but have started contemplating the timing of the first interest rate hike after QE is relaxed.

Jan Hatzius, the chief economist at Goldman Sachs, told CNBC’s “Street Signs” that he expects QE to end this year but the bigger is question is when the first rate hike will come. A decision to increase rates after the several years of economic stimulus would signal confidence that the euro area had completely turned the page after the crisis that ravaged much of the continent and sent unemployment soaring.