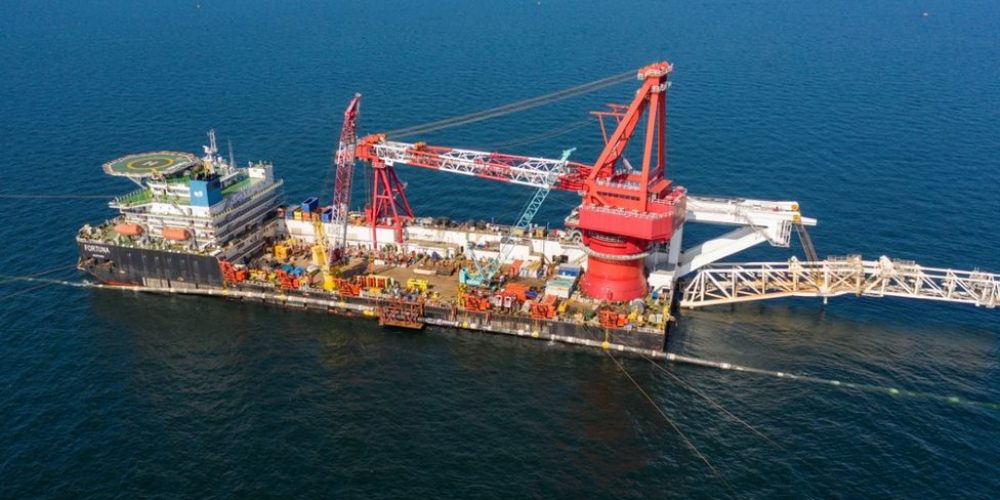 A sanction is a penalty imposed by one country against another, in order to stop it acting aggressively or breaking international law and are designed to hurt a country’s economy, or the finances of individual citizens such as leading politicians.
They are among the toughest measures nations can use, short of going to war.
Western nations have threatened Russia with harsh sanctions if it invades Ukraine, but this could have dangerous consequences on their economies, especially for what concerns oil and gas prices which in the last year have already brought millions of consumers around the globe to their knees.

The EU is sanctioning 27 Russian individuals and organizations, including banks. It is also limiting access to European capital markets — cutting off the ability to access funds from EU banks —and banning trade between the EU and the two rebel-held regions of Donetsk and Lugansk.
Consequently, oil and gas prices are climbing everywhere, on fears that the Ukraine-Russia crisis will disrupt supplies across the world, as Russia is the second largest oil exporter after Saudi Arabia, and the second world’s top producer of natural gas.
The price of Brent crude oil, an international benchmark, reached a seven-year high of $99.38 (€87.6) a barrel on Tuesday 22 February 2022, after Russia ordered troops into two rebel-held regions in Ukraine’s east, recognizing them as independent states though a public announcement.

The RAC warned the crisis would push up UK petrol prices further, after they hit a record 149.12p a litre on Sunday.
Sanctions forcing Russia to supply less crude or natural gas would have substantial implications on oil prices, which could go above $100 a barrel due to a combination of the Ukraine crisis, a cold winter in the US, and a lack of investment in oil and gas supplies around the world.

“Russia accounts for one in every 10 barrels of oil consumed globally, so it is a major player when it comes to the price of oil, and of course, it’s really going to hurt consumers at the petrol pumps,” said Maike Currie, an investment director at Fidelity International.
Most of the oil and gas that the UK imports does not come from Russia, but if Russian supplies are constrained, wholesale prices are likely to rise around the world.
“Russia’s decision to invade Ukraine is already causing oil prices to rise and will undoubtedly send fuel prices inexorably higher towards the grim milestone of £1.50 a litre” said RAC fuel spokesman Simon Williams.

The heaviest sanction and strongest move made by the West to punish the Kremlin so far is the one imposed by Germany, as on Tuesday, German Chancellor Olaf Scholz took the significant step of blocking the certification of the Nord Stream 2 pipeline that would have supplied gas directly from Russia to Germany.
The German leader’s announcement came hours after President Vladimir V. Putin of Russia ordered armed forces to the separatist regions of Donetsk and Lugansk.
Germany’s allies in Europe and the United States had been pressing Mr. Scholz for weeks to state publicly that the $11 billion pipeline, which was completed last year and runs from Russia’s coast to northern Germany under the Baltic Sea, would be at risk of being blocked in the event of a Russian move against Ukraine.
Ukraine’s government welcomed Germany’s decision. Foreign Minister Dmytro Kuleba called it “a morally, politically and practically correct step in the current circumstances.”

The Kremlin spokesman, Dmitri S. Peskov, said that Russia regretted the decision “because we’ve been reiterating this project has nothing to do with politics. And shouldn’t have. This is a purely economical, commercial project which, on top of mutual benefit, is meant to be a stabilizing factor for European gas market.”

In the following days other decisions will be taken by the major West economies, such as whether to ban Russia from Swift, the worldwide interbank financial telecommunication system, but the fear is that countries which have closer relations with Russia – such as Hungary, Italy, and Austria – may be unwilling to trigger major sanctions., reducing or nullifying the potential effect of sanctions already imposed.