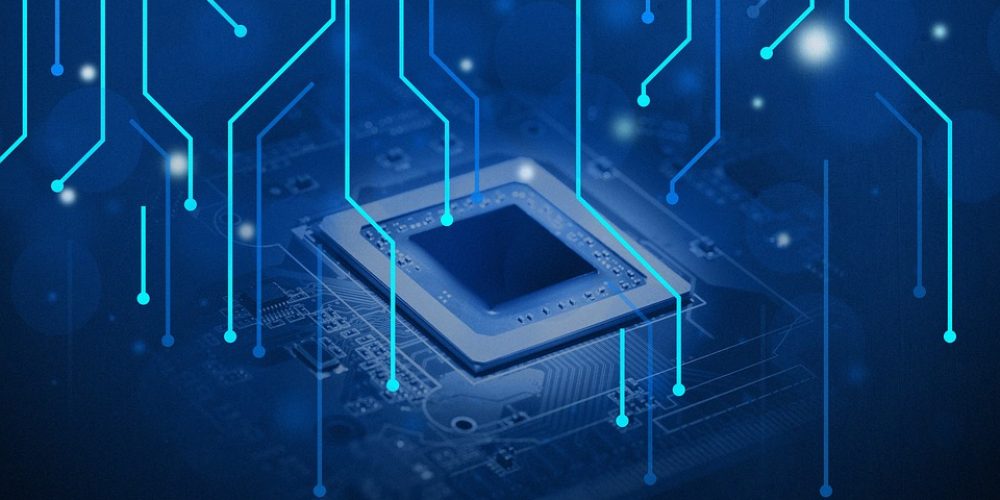 “The change from atoms to bits is irrevocable and unstoppable.” It’s been over 20 years since Nicholas Negroponte made that claim in his groundbreaking book, Being Digital. He was describing the process of digitalization, making the point that atoms are the essential building blocks of the physical world, while bits are those of the virtual.

Back then, the first wave of digitalization was often applied to media. Vinyl records gave way to Compact Discs which ultimately became mp3s — music became nothing more than digital information.

Today, the process of digitalization is well underway. Our music, photos, documents — practically everything — are completely digital. The next phase has become known as digital transformation (DX), whereby companies completely adopt digital technologies, like the Industrial Internet of Things (IIoT), augmented and virtual reality (AR/VR), artificial intelligence (AI) or digital twins throughout their operation.

The promise of DX is to create new value, which can take the shape of new work processes, products and services, or even new business models. Incorporating DX can help a company gain an edge over competitors, as it increases efficiency and profitability across the enterprise.

In reality, when DX is attempted by companies with existing complex systems and which are run by actual human beings, it becomes clear that DX is as much of a leadership and mental challenge as a technological one. It requires a change in culture and mindset and can’t be done without the right people and partners.

To see some of benefits of DX, we can look at the process industry, which includes everything from food and beverage to chemicals and pharmaceuticals.

Within the process industry, digital technologies can be applied to automate more and more operations, optimize supply chains, realize smart manufacturing (using data and analytics throughout a manufacturing process) and improve the decision making process. These improvements open up new possibilities and often lead to entirely new business models and offerings. Access to new information and the automation of previously manual tasks bring about a change of mindset within the organization.

All of these aspects have a real economic benefit thanks to things such as cost savings from predictive maintenance, higher human productivity and the lower cost of operations due to optimization. McKinsey & Co predicts that by 2025 the economic impact of DX will be as high as US$3.7 trillion for all manufacturing industries.

Business leaders already recognize the need for change. A recent study of 116 corporate executives across 18 countries by SAP, showed that 90% think DX is important for their company’s overall business strategies. And according to IDG, 37% of organizations “have already started integrating and executing a digital-first approach.”

Once the decision has been made, what next? Again, we can look to the process industry. As an example KLS Sharma, who literally wrote the book on industrial process automation, described the benefits of DX this way:

“ Helps companies exploit the potentials hidden in their supply chain by streamlining processes, increase data transparency, and allowing for better and quicker decision making. New ideas and concepts are developing around IT-OT, providing major opportunities to leverage IT know-how to the production floor. This can make a difference when competing with peers.

Yokogawa, a leader in advanced industrial instruments, automated control technology, and digital control and data analysis solutions, has garnered extensive expertise in the Industrial Automation business and supports their customers on a long-term basis not only to digitize data on the shop floor, but also to understand and utilize this data for enhanced performance in business operations.

Yokogawa’s specialty in gathering data goes all the way back to the company’s founding in 1915, when they began making electric meters. That tradition has continued to include all sorts of accurate sensor and calibration equipment — from optical wavelength meters to process gas chromatographs.

But gathering data is not enough; it needs to be analyzed to provide insights, and that’s a shortcoming of most companies today. Many have not yet reached the stage where they can make sense of the large amount of data they have collected. This is where partnerships with Yokogawa, can bring a multitude of benefits. They know where the data is coming from and how to utilize it to the best advantage.

By working closely with their clients, Yokogawa discovers their needs. For example, when fluctuations in demand and prices were seen in the oil and gas sector, companies were pressured to limit capital expenditures. Improving plant operational efficiency by maximizing existing assets therefore became more and more important. Yokogawa helped their oil & gas clients adapt by employing new digital technology to save money on equipment through predictive and prescriptive maintenance approaches. In this case, IIoT was one of the ways to achieve DX.

The existence of the IIoT solution led to new work process and business models. For example, remote pump diagnostics, which saves money by reducing the amount of time spent traveling and servicing industrial pumps, and “compressed-air-as-a-service,” which would not be possible without DX keeping the cost of maintaining air compressors low.

In general, the proliferation and reduced cost of IT and digital technologies has moved from the enterprise level to the shop-floor.

On the path “from atoms to bits,” everything within the process industry — people, services, supply chains, data — is becoming connected and integrated. The myriad connections are similar to those of neurons in the human brain, leading Yokogawa to dub the process “Synaptic Business Automation.”

“Synaptic Business Automation is Yokogawa’s unique Industrial Automation (IA) business concept. Because it encompasses the entire business, and not just one part, it is able to help the company evolve and adapt. It allows all the different aspects of the company to work together in the most efficient and optimized way, so it can continue to add value and become competitive in a sustainable way.”

If a company can truly digitalize, it can make the operation more resilient because it improves the ability to manage risk. Breakdowns can be predicted and prevented. Health and safety can be improved, and complex compliance regimes can be better managed. In a production plant, the digitalization of plant data, combined with deep knowledge of how they affect plant performance, allows for the optimization of production. But perhaps the greatest benefit of DX is the generation of business innovation.

Business innovation refers to creating new sources of value and completely new business models. New business models are so important because DX is not just a strategy for a single company — it is a world-wide trend. A company’s competitors, suppliers, vendors — event their customers — are all going through their own DX. The future is inherently unpredictable. If you aren’t looking for ways to collaborate and co-create new business models that synch with the rest of the world, you are taking a risk.

In one study by SAP, when business leaders were asked if their employees had the necessary skills to carry out DX, only 15% said yes. This lack of in-house expertise is a large barrier to many companies. In fact, it is very difficult for any single company to undertake DX by themselves. That’s why it is so important to work with the right partner.

According to The Everest Group, 81% of top companies used third-party services to gain access to innovation. And it seems executives are ready for it. Bain & Company found that, 59% of executives were open to the idea of spurring innovation by “collaborating with outsiders, even competitors.”

The support and flexibility at the executive level is key. DX also requires a reform of corporate culture. McKinsey found that, in companies with successful transformations, senior managers were more involved, they did their best to ensure collaboration across their organizations, and they encouraged their employees to experiment.

This spirit of collaboration is exactly what Yokogawa brings to their DX partners. Co-innovation is their calling card. Their expertise goes back decades in automated and digital control technology such as IT-OT, data analysis solutions, and domain / business knowledge of Industrial Automation business.

Identifying which stage of DX their client is at, Yokogawa integrates these applications and technologies in line with their client’s aims, and becomes a trusted partner in journey to achieve digital transformation.