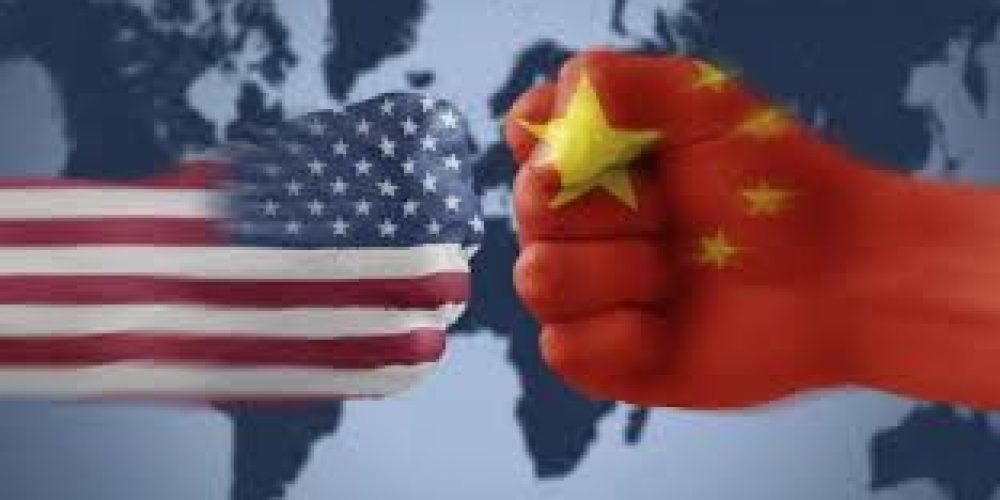 The US-China trade war has escalated in recent weeks with tariff hikes and threats of more action and Washington has also targeted Huawei by putting the firm on a trade blacklist.The US argues Huawei poses a national security risk, while Beijing accuses the US of “bullying” the company.

“Huawei is something that is very dangerous ”  and “You look at what they’ve done from a security standpoint, a military standpoint. Very dangerous.”   Mr Trump told reporters at the White House on Thursday.

Last week, the Trump administration added Huawei – the world’s second largest smartphone maker – to its “entity list”, which bans the company from acquiring technology from US firms without government approval.

“If we made a deal, I could imagine Huawei being possibly included in some form or some part of it,” said Trump.

What are the concerns about Huawei?
Huawei faces a growing backlash from Western countries, led by the US, over possible risks posed by using its products in next-generation 5G mobile networks.Several countries have raised concerns that Huawei equipment could be used by China for surveillance, allegations the company has vehemently denied.Huawei has said its work does not pose any threats and that it is independent from the Chinese government.

The US trade ban on Huawei has already had a ripple effect on the global tech industry, with several companies stepping back from the company.“The best response to the US bullying is that Chinese firms continue to grow stronger,” China’s Commerce Ministry spokesman Gao Feng said at a briefing in Beijing on Thursday.

What about trade tariffs?
Mr Trump’s latest comments on Huawei came on the heels of an announcement of a $16bn ($12.6bn) aid programme to help US farmers hurt by the trade conflict with China.

Earlier this month the US increased tariffs on $200bn worth of Chinese imports from 10% to 25% after the two sides failed to reach a deal on trade.China hit back by announcing plans to raise levies on $60bn of US imports from 1 June.The Trump administration has threatened to impose duties on another $300bn worth of Chinese goods, prompting industry to urge and end to the trade war as it warned of a “catastrophic” effect on consumers.For now, efforts toward resolving the trade dispute appear to have stalled. No formal discussions have been scheduled since the last talks ended without a deal on 10 May.
On Thursday, China’s Commerce Ministry’s Mr Gao fired a shot at the US, saying if they want to continue trade talks “they should show sincerity and correct their wrong actions”.

The world’s two largest economies have been engaged in a fractious dispute over trade since the early days of Mr Trump’s presidency.Not only does the US accuse China of stealing intellectual property, but it wants Beijing to make changes to its economic policies, which it says unfairly favour domestic companies through subsidies.Mr Trump also wants to cut America’s trade deficit with China, which he says is hurting US manufacturing.