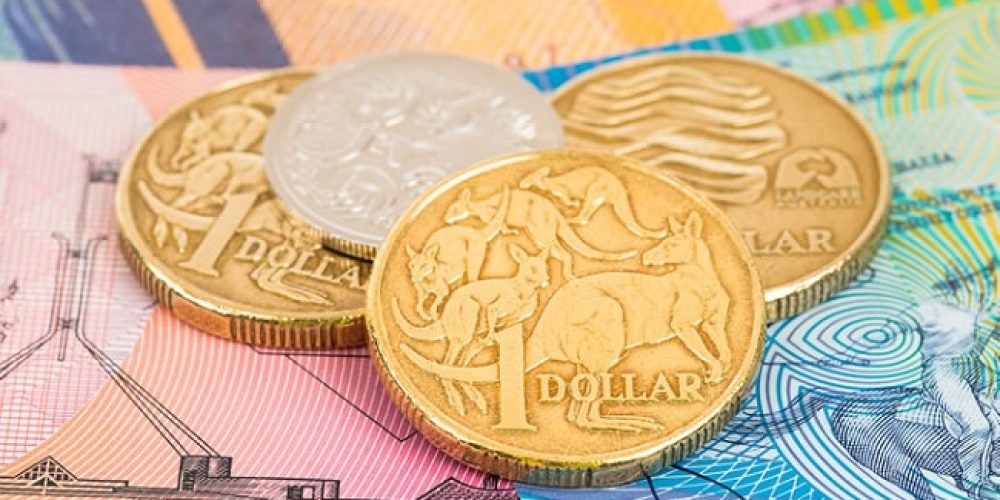 The Australian dollar is getting slammed, falling heavily against all major currencies except the euro.

It was an ugly session for the Aussie, especially against the US dollar.

Already under pressure from hawkish economic and interest rate forecasts from the US Federal Reserve on Wednesday, the Aussie was crushed by a combination of weak Chinese economic data, a mixed Australian employment report for May, and a sharp and sudden plunge in the euro following the European Central Bank’s June monetary policy decision, something that saw the greenback rally across the board in the second half of the session.

The ECB announced that its bond-buying program will cease at the end of this year, something that had been expected by most in financial markets.

However, it was the bank’s updated economic forecasts, along with its views on the expected pathway for interest rates, that really shook the euro.

“While inflation was upgraded for this year and next, there was no change to the 2020 forecast that remained unchanged at 1.7 per cent. No ‘2’ handle and thus not yet getting to [the ECB’s 2 per cent] target,” said David de Garis, economist at the National Australia Bank.

“Couple that with the prospect now that rates will be on hold at least through the summer of 2019, rather than an expectation of a move a year from now, and the seeds were sown for a pullback in the euro.”

Before the ECB meeting, markets had expected the bank to begin lifting rates by this time next year. By pushing back against this view, it resulted in the euro falling by the most in percentage terms since early 2016.

Besides the ECB, the greenback was also helped by a strong US retail sales report for May. Data on import and export prices also topped expectations, doing nothing to dim the view that the US economy is strengthening.

The AUD/USD fell sharply, dropping to a one-month low.

Turning to the day ahead, central banks will remain in the driving seat with the Bank of Japan (BoJ) set to announce its June monetary policy decision at some point after 1pm Sydney time.

However, in contrast to what’s been seen from the US Fed and ECB in recent days, it’s highly-unlikely to make any policy changes, especially with ongoing weakness in Japanese inflationary pressures and recent softening in economic data.

Outside of Japan, Chinese data on new home prices in May will be released at 11.30am AEST. RBA Assistant Governor Luci Ellis will also deliver a speech at 1.30pm AEST.

Later in the session, data highlights include labour costs, inflation and trade figures from the Eurozone along with industrial production, Empire State manufacturing index and University of Michigan consumer confidence survey in the United States.

Benoît Coure of the ECB will also deliver a speech.